*please note these are NOT being shown at the SCC. Check links for details*

We are proud to, once again, participate in the Wicked Queer Film Festival for 2019. This year we are co-presenting a 4 different shorts!

See all of this year’s film here. 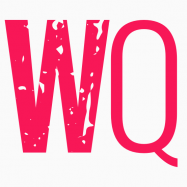 Wicked Queer, The Boston LGBT Film Festival (formerly “the Boston LGBT Film Festival) was founded in 1984 by film programmer George Mansour. The Festival has been hosted by the Museum of Fine Arts, Boston since 1992 and, as of 2012, is presented across the greater Boston Area. The festival screens films at the Institute of Contemporary Art, The Bright Family Screening Room at the Paramount Theatre, The Brattle Theatre in Harvard Square, and the Museum of Fine Arts, Boston.

Wow! What a day at @sweaboston Swedish Yuletide. Thank you to the tireless work of all of the volunteers and to all the guests that braved the weather. We feel all the love! ... See MoreSee Less
View on Facebook
· Share