Local chefs go Nordic! Drawing upon influences from traditional and “new Nordic” cuisine, local chefs will try their hand at Nordic cooking, and you’ll be the judge! Join us for tasting stations, Nordic vendors, music and fun for all ages, including a kids’ station. Renowned Finnish chef and cookbook author Sami Tallberg discusses his books on foraging and the use of wild herbs, and the Norwegian Seafood Council presents a Norwegian salmon cooking duel. Scroll for more information! 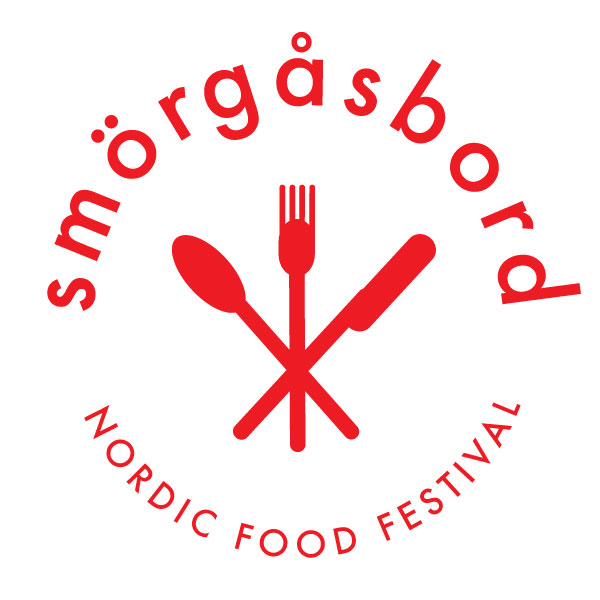 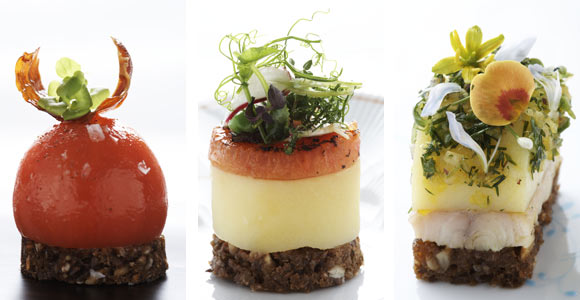 TASTING STATION DISHES – Visit these five tasting stations and vote for your favorite!

OTHER FOOD STATIONS WILL INCLUDE

WHAT IS “NEW NORDIC”?

“New Nordic” is a term coined by Noma co-founder Claus Meyer. It refers to a movement whose principles stem from using in-season ingredients which are native to the region in which they are being cooked. In more artful terms, “it is earthy and refined, ancient and modern, both playful and deeply serious. Instead of the new (techniques, stabilizers, ingredients), it emphasizes the old (drying, smoking, pickling, curing, smoking) with a larger goal of returning balance to the earth itself,” says Julia Moskin of the New York Times. Read more about the philosophy behind the movement here. 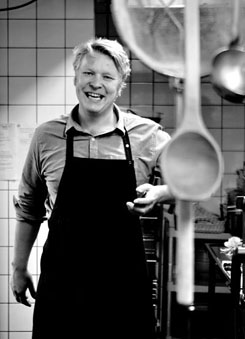 Sami Tallberg is a chef, wild food guru and present-day hunter-gatherer. He has worked in acclaimed restaurants around the globe for over a decade, gathering experience on the culinary use of wild plants. In his work he relies extensively on wild flora and runs his own business that sells wild plants to Finland’s leading restaurants. He is the author of four cookbooks and winner of the 2012 Finland Prize for his incorporation of wild nature into his recipes. An avid forager, Sami applies New Nordic principles in his approach to cooking by starting with wild ingredients he harvests right from his own backyard. Purchase a “Nordic Foodie” ticket and you can join Sami in the Nordic Hall as he discusses his use of these unique ingredients in his cooking. Nordic Foodie ticket holders only.

View a NewTV live stream of a Norwegian salmon cooking duel featuring two of the festival chefs! Each chef will cook salmon two ways and present it to a panel of judges including Chef Tallberg, Egil Sundheim, representative of The Norwegian Seafood Council and Terje Korsnes, Honorary Norwegian Consul. The duel will be hosted by former Top Chef contestant Tony Carbone.
Nordic Foodie ticket holders only.

PETER HANSEN, CHEF AT THE COTTAGE

Peter Hansen started working in professional kitchens at the age of 15. He immediately fell in love with the fast paced environment and appreciated the discipline that was required to survive. Starting with schooling at renowned Johnson & Wales University, Peter not only graduated at the top of his class but was also selected by the school board to work directly with Paul Bocuse for a distinguished visiting chef program. From there, Peter worked as executive chef at world class restaurants in New England, the Caribbean and Europe, earning rave reviews before returning to Boston to cook at Todd English’s Olives and then to Miami to open Pescado Restaurant, and on to New York to cook under Chef Michael White at Fiamma Osteria, eventually opening Vento Trattoria with Chef White in the meatpacking district. Peter then joined Bobby Flay in the opening of Bar Americain where he took the role of Chef de Cuisine and participated in multiple Iron Chef episodes as Flay’s sous chef. He is currently chef at The Cottage in Chestnut Hill and plans to open his own establishment with cuisine that will both intrigue and comfort guests. 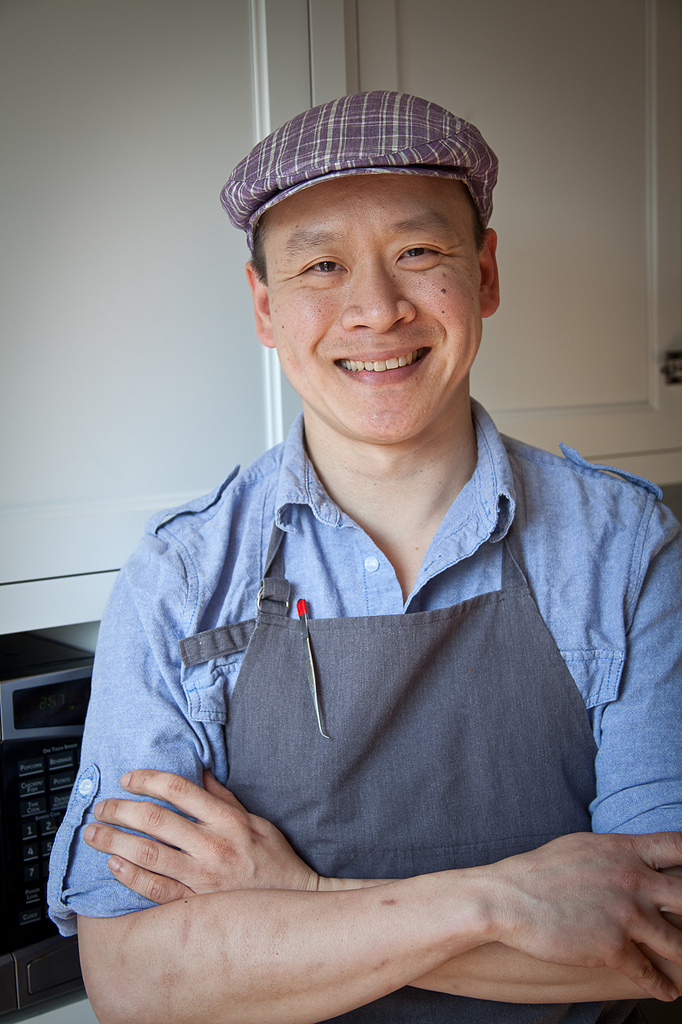 JITTI CHAITHIRAPHANT, KITCHENSURFING CHEF
I am a humble and passionate chef/farmer with experience as Sous chef at West Bridge, Sous chef at Franklin Café, and Aquitaine as Chef de Cuisine. I spent time with several James Beard chefs and Michelln starred restaurants around the country as well as apprenticed in an organic farm. I also cooked at Radius, Lumiere, Bistro du Midi, Sel de la Terre, Aquitaine, Metropolis, and Union. Farming and foraging are my interests as is as vinegar making. I am starting a vinegar company called “Heritage Vinegar” focusing on farmstead and natural fermentation. It will be exclusively sold to local restaurants, hopefully in farmers markets and nationwide in the near future. Food is love. 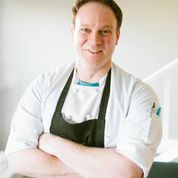 I have been cooking since I was about 10 years old. My mother was born and raised in Messina, Sicily, so from an early age she and my Nona (grandmother) made sure I knew the importance of being efficient in the kitchen. They taught me the patience and organizational skills that I use to this day. I always wanted to be a lawyer, but in law you cannot innovate. So instead I began a career in restaurants and later completed the Culinary Arts program at Boston University. I also became a certified sake professional three years ago because of my ever-inquisitive nature. I have over 15 years of experience in the restaurant industry working every conceivable position. I currently work at O Ya Boston and have been for the last seven years. 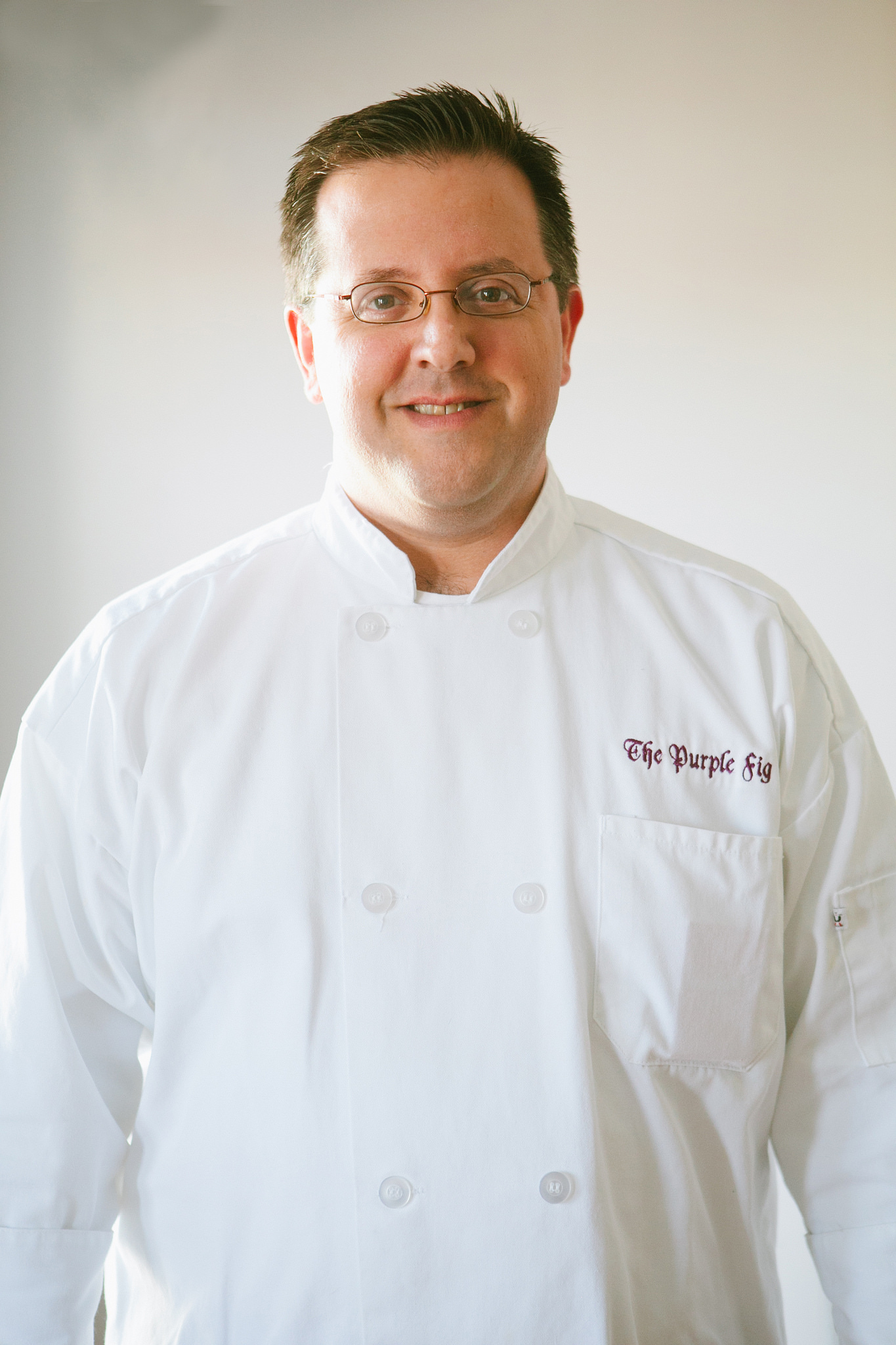 I started like most who enter the industry at an early age, washing dishes, I made it as far as Sandwich Prep Cook and busboy before I found myself in the United States Navy, where I was assigned to cook for the officers aboard my ship for six months. Traveling the world and being introduced to new cultures and cuisines became an addiction. Upon leaving the Navy, I found myself back at home in Marblehead and enrolled in the Culinary School at Newbury College in Brookline. I spend many years working on the West Coast and later came back to Boston to work at a historic hotel as a sous chef. Off and on during this time I tried to travel as much as possible and embrace the culture and cuisine of very place I visited. I then worked for a couple of years in the front of the house at various locations to gain more experience. Then I went back to cooking at a gluten-free bakery and became a personal/private chef.

The SCC is excited to partner with Kitchensurfing who will showcase three of their top chefs at the festival! Kitchensurfing delivers the experience and convenience of a private chef at an accessible price through its online marketplace of outstanding local cooks. With a variety of cuisines, price points, and chefs, Kitchensurfing invites users to explore the world through food in their very own kitchen.

Enjoy a Nordic raffle featuring a

THANK YOU TO OUR SPONSORS