Glenda Dawn Goss, author of Sibelius: A Composer's Life and the Awakening of Finland, shares her insight into the life and works of the great composer in the context of Finnish and Northern European cultural history.

Finlandia-Foundation Boston welcomes Glenda Dawn Goss, author of Sibelius: A Composer’s Life and the Awakening of Finland. Ms. Goss will share her insight into the life and works of the great composer in the context of Finnish and Northern European cultural history. 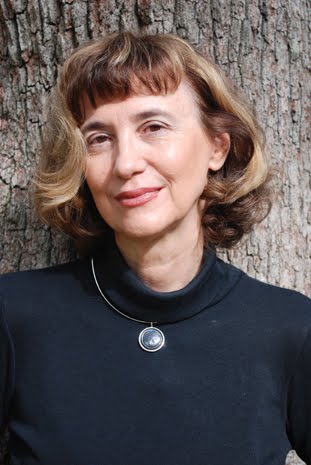 Glenda Goss is an American author and music historian whose special interests are music and culture, early modernism, critical editing, and European-American points of cultural contact. Her most notable work has revolved around the life and works of the Sibelius. Goss studied musicology at the Université libre de Bruxelles with François Lesure and Robert Wangermée. She continued her studies at the University of North Carolina, where she completed a Ph.D. in musicology with a dissertation on the Renaissance composer Benedictus Appenzeller, the leading court musician for the Habsburg regent, Queen Mary of Hungary.

Glenda Dawn Goss began her teaching career at the University of Georgia and was promoted to full Professor. She won university-wide teaching awards (in 1986 and 1990) and served for some years as the head of the division of musicology. She has also taught at the University of Helsinki (1995–96) as a Fulbrightprofessor. In 1998 she accepted an invitation to join the critical editing project, the Jean Sibelius Works, and served as the project’s editor-in-chief from 2000 to 2004. A native of St. Simons Island, one of Georgia’s Golden Isles, she currently teaches at the Sibelius Academy in Helsinki, Finland.

In the area of Sibelius studies her contributions belong among the most important scholarship on this composer. These include the first scholarly editions of the composer’s letters, the first full-scale reception history, and the critical edition of the seminal Kullervo symphony. Her book, Jean Sibelius and Olin Downes: Music, Friendship, Criticism (Northeastern Univ. 1995) was reviewed by Joseph Horowitz in the Times Literary Supplement.[1] Jean Sibelius: A Guide to Research (Garland, 1998) was selected as the Outstanding Reference Book of the Year by the Music Library Association, whose jury described the Guide as “the Bible of Sibelius studies.” In 2009 her biography, Sibelius: A Composer’s Life and the Awakening of Finland, was published by the University of Chicago Press.

Goss is the recipient of numerous research awards from such organizations as The American-Scandinavian Foundation, the Paul Sacher Stiftung in Basel, Switzerland, and the National Endowment for the Humanities. She has also been honored with two Sibelius medals: Medal No. 17 (1996), awarded by the Sibelius Society of Hämeenlinna, Finland; and the Sibelius medal awarded by the Sibelius Society of Finland (1997, and designed by Finnish sculptress Eila Hiltunen). In 1998 Goss received the Phi Kappa[disambiguation needed] Award for contributions to American music. In the year 2000, she was given the Vincent Duckles Award.