presented by SWEA Boston and the SCC

Join SWEA Boston and the SCC as we welcome pianist Roberta Swedien for The Nobel Concert.

Listen to the story of Alfred Nobel and the magical December night with the King and Queen of Sweden at the Nobel Awards Ceremony in Stockholm’s elegant Concert Hall. Hear vivid descriptions of the Banquet in the Blue Hall and the Ball in the Hall of Gold, the day of the Santa Lucia celebrations and the Night of the Yumping Green Frog! With music by Hugo Alfvén, Wilhelm Stenhammar, Henrik Janson, Wilhelm Peterson-Berger, Nils Lindberg and yes, Quincy Jones. 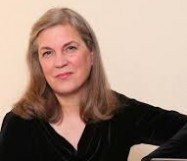 Roberta Swedien has been performing on four continents for over four decades in solo, chamber and orchestral concerts, television and radio appearances.

The Kaffestugan is NOT OPEN today, but will return in two weeks. Need a fix of Swedish goodness before then? Grab a ticket to next weeks Swedish Yuletide. Info on our previous post. ... See MoreSee Less
View on Facebook
· Share