presented by Sons of Norway, Norumbega Lodge and the SCC

Sons of Norway, Norumbega Lodge and the SCC are thrilled to partner together again to present Steinway Artist, pianist Janice Weber. We welcome the Grammy Award nominee for an intimate performance that will feature Czerny, Beethoven, Schumann, Grieg, and Liszt. 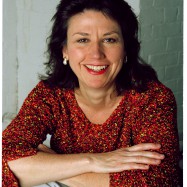 ABOUT JANICE WEBER is a summa cum laude graduate of the Eastman School of Music. She was twice a fellowship student at Tanglewood and has appeared with the American Composers Orchestra, Boston Pops, Chautauqua Symphony, Hilton Head Symphony, New Bedford Symphony, New Hampshire Symphony, Sarajevo Philharmonic, Syracuse Symphony, and the Shenzhen Philharmonic. Her solo performances have been at the White House, Carnegie Hall, Wigmore Hall, Weill Hall, National Gallery of Art, Boston’s Symphony Hall, and the 92nd Street Y. She has performed at summer festivals in Newport and Bard and returns regularly to China for concerts and master classes. Her eclectic recordings include the complete transcriptions of Rachmaninoff; with the Lydian Quartet, Leo Ornstein’s vast Piano Quintet; waltz transcriptions of Godowsky, Rosenthal, and Friedman; the world premiere recording of Liszt’s Transcendental Etudes in the notoriously difficult 1838 version; solo piano music of Leo Ornstein; and Messiaen’s Quartet for the End of Time. Seascapes, a collection of virtuoso water music, was released in April and is on the ballot for a 2015 Grammy nomination. A member of the Boston Conservatory and Tabor Academy piano faculties, Miss Weber is the author of eight novels. Frost the Fiddler, her third, was named a Notable Book of the Year by the New York Times. She is the current Artistic Director of South Coast Chamber Players.