Composer and pianist Heikki Sarmanto is a leading Finnish jazz scene figure who has been internationally praised for his symphonic, orchestral and jazz ensemble works. He will be joined by singer, actress, and pianist Jeannine Otis.

Composer and pianist Heikki Sarmanto is a leading Finnish jazz scene figure who has been internationally praised for his symphonic, orchestral and jazz ensemble works. Sarmanto studied at the Sibelius Academy in Finland in the early 1960’s, and later at the Berklee College of Music in Boston where he honed his piano and composition skills with coaching from Herb Pomeroy, Charlie Mariano and Margaret Chaloff. In 1970, Sarmanto was chosen “Jazz Musician of the Year” in Finland. In 1971, he was awarded top honors at the Montreux Jazz Festival in both piano and combo categories. In the 80s, Mr. Sarmanto was chosen by Sonny Rollins to arrange and conduct his “Saxophone Concerto.” More recently, Sarmanto’s collaboration with Brazil’s great lyricist, Fernando Brant, and the gifted guitarist-arranger, Juarez Moreira, resulted in the beautiful CD “A Lua Luara” featuring one of Brazil’s top vocalists, Claudya de Oliveira. Sarmanto has toured the United States, Europe, Latin America, Asia and Africa, and continues to actively expand his musical horizons. Porter Records along with Heikki Sarmanto and EMI Finland have begun to re-release a substantial body of Sarmanto’s previously unavailable early work for the enjoyment of jazz enthusiasts old and new. More details are available at www.sarmanto.com. 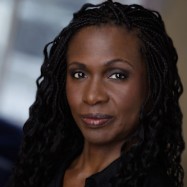 Singer, actress, and pianist Jeannine Otis has musical roots founded in the pure sounds of gospel, rhythm & blues and jazz. She is a graduate of Wellesley College where she was a Presser Music Scholar, the first and only African-American to win that award, and she also holds a Masters Degree from Emerson College in Boston where she was a teaching fellow. She first toured as a vocalist with the group Kool & The Gang whose co-founder, George Brown, continues to be one of her musical mentors. Another important collaborator and supporter has been saxophone legend Grover Washington, Jr. Her talents can be heard on the recording Do Dot, a smooth jazz classic she performed with Washington. Ms. Otis has also worked with trumpeter Donald Byrd, folk hero Pete Seeger, and Oscar winning film composer Eliot Goldenthal, to name a few. Her recordings include the recently re-released “Magic Song”, performed with the Helsinki Philharmonic. You can read more about her dynamic career at www.operaexposures.org/jeannine-otis/.

Eeppi will be joining us in the hall in October! .Repost @finlandiafoundationnational with @use.repost・・・Hot from an appearance in Alaska, Eeppi Ursin, FFN Performer of the Year, is profiled in Jazzrytmit Web Magazine - a legendary Finnish publication focusing on Finnish jazz (English available). link in bio #anchoragesuomifinlandclub @finlandiafndnny @finlandiafoundationbayarea @finlandiafoundationboston @finlandia_foundation_cpc @ ... See MoreSee Less