Finlandia-Foundation's 2015 Lecturer of the Year the award winning, multi-talented performer Taina Elg shares a behind-the-scenes glimpse of her life as a young star at MGM Studios, life in Hollywood, and the film industry today

From Finland to Stardom: An Afternoon with Taina Elg

Finlandia-Foundation Boston welcomes the foundation’s 2015 Lecturer of the Year the award winning, multi-talented performer Taina Elg.  Through anecdotes and film clips Elg offers a candid, behind-the-scenes glimpse of her life as a young star at MGM Studios, life in Hollywood, and the film industry today 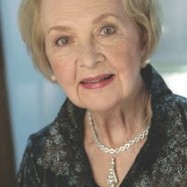 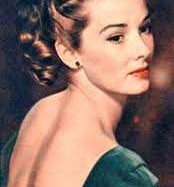 Elg,  began her career as a ballerina in Finland and found fame in Hollywood and on Broadway.

Elg, who has won two Golden Globes, including one for her role in the 1957 film Les Girls starring Gene Kelly,
tells her story in an intimate interview format conducted by Heli Sirviö, a Finnish television and stage actress now working in New York City.  In addition to her work in the movies, Elg has appeared on popular television shows and earned a Tony nomination for her work in Where’s Charley?, one of her many theatrical performances.

We can't wait to see you tomorrow. For ease of entrance purchase tickets in advance! This event is indoors AND outdoors. Dress appropriate to the weather. scandicenter.org/event/swedish-yuletide-event-2022/ ... See MoreSee Less
View on Facebook
· Share