An Afternoon of Swedish History with Mike Glaeser

Charles XII (1682-1718) was the last of Sweden’s warrior kings. He remains the only Swedish monarch born to absolutism and the last European monarch to die on the field of battle. He claimed the throne at age 15, was called off to war at 18, and spent the rest of his life in uniform trying to defeat a coalition of states that at one point or another included Denmark, Poland-Saxony, Russia, Prussia, and Great Britain. Charles’s armies stormed across Europe and under his direct leadership achieved miraculous victories often in the face of overwhelming odds. On a remote Ukrainian field in 1709, Sweden lost the initiative. Years of desperate rearguard actions yielded further losses of territory and lives before culminating in the mysterious death of Charles himself at a lowly fortress in Norway.

Public opinion and literary history are quick to place Charles in one of two extreme categories- a noble warrior fated to defend a doomed empire – or – a tyrant driven by glory and bloodlust who sacrificed his kingdom on the altar of war. As always, history is a bit more nuanced.

Carolus Rex will place Charles XII in his appropriate historical context. The talk of the king’s life and times will be accompanied by music and a display of contemporary artifacts including newspapers, coins, musketballs, and prints. A full replica uniform of a Carolean infantryman circa 1706 will be worn for demonstration and guests are welcome to handle various pieces of kit. Copies of By Defeating My Enemies- Charles XII of Sweden and the Great Northern War 1682-1721 will be available for purchase and signing.

**Registration and proof of vaccination is REQUIRED to attend** 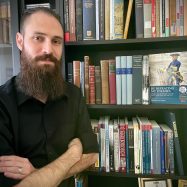 BIO: Michael Glaeser is an Early Modern historian specializing in the Swedish Empire of the 17th/18th centuries. He is published in the Great Northern War Compendium (2015) and taught history at the University of New Hampshire- Manchester. His biography of Charles XII of Sweden was published by Helion & Co in 2020.