Follow our blog to follow our story as we report on exciting developments as the Cultural Center grows.

Chelsea E. Dill works in acrylic paint. She enjoys painting maritime scenes and finds inspiration in the incredible places from her travels. Chelsea speaks Norwegian and has studied French and Swedish.

Email Kerry at kerry@scandicenter.org to schedule a time to visit the exhibit.

Oskar Stenmark and Bruno Råberg found each other back in 2017, both working on the East Coast and crossing paths in the jazz world. This concert invites you to listen to an intimate conversation where Bruno’s bass pairs with Oskar’s horn. The duo uses the small orchestration to create a large canvas where improvisation has an important role, the program consists of compositions by some of Sweden’s greatest jazz artists (Jan Johansson, Lars Gullin and Georg Riedel to name a few). The performance will also include some of Bruno’s compositions as well as the music Oskar represents from Rättvik, Dalecarlia.

BRUNO RÅBERG is an internationally renowned bass player and composer. Since coming to the US from his native Sweden in 1981, he has made 12 recordings as a leader, about 30 as a sideman, and has performed with numerous world-class artists.

OSKAR STENMARK was born and raised in Gothenburg, Sweden. Oskar, tenth generation musician, has a Master’s degree in Jazz Arts from the Manhattan School of Music and continues to develop his playing and artistic vision while being based in New York and Sweden. 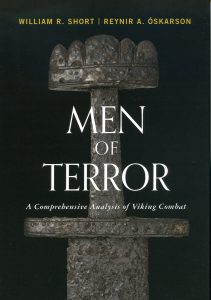 Viking society revolved around violence, as seen in their myths, poetry, law codes, pictures, and even in their house architecture. One Viking, a man named Fraði, was memorialized on a runestone raised 1000 years ago and praised for being a “man of terror”. Who were these people who praised this violence, and what made violence such an integral part of their society?

Join author Dr. William R. Short for an afternoon of surprising research results and fascinating insights into the lives and society of these people we call Vikings: these men of terror. This material, based on a 20+ year-long scientific study of the combative methods of the Vikings, is taken from the book, Men of Terror: A Comprehensive Analysis of Viking Combat, co-authored with Reynir A. Óskarson. The book presents, for the first time, a holistic picture of Viking combat, created by combining and overlaying many different sources.

Purchase the book here and pick up at the event to be signed. 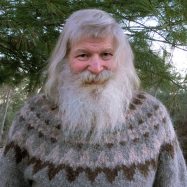 WHY CAN’T WE AFFORD TO LIVE IN OUR CITIES?

PUSH is a new documentary from award-winning Swedish director Fredrik Gertten, investigating why we can’t afford to live in our own cities anymore. Housing is a fundamental human right, a precondition to a safe and healthy life. But in cities all around the world, having a place to live is becoming more and more difficult. Who are the players and what are the factors that make housing one of today’s most pressing world issues?

In 1936, a renowned Norwegian figure skater decides to leave her career and become a Hollywood star. Her first film breaks sells the most tickets in the world in 1937, but as she gets older and the spotlight fades, she refuses to quit.

153 minutes | in English and Norwegian with English subtitles

** because of COVID restrictions masks must be warn at all times. No food or beverage may be consumed**

A tone-deaf cop works to track down a group of guerilla percussionists whose anarchic public performances are terrorizing the city.
Saturday, December 18th | 1:30pm | $5 | purchase here **advanced tickets and registration required**
100 minutes | in Swedish with English subtitles
** because of COVID restrictions masks must be warn at all times. No food or beverage may be consumed**
Posted: December 15, 2021 | In: Film Past Event

Former architect, and Scandinavian Charitable Society board member, Marty Lehman, paints buildings, cityscapes, landscapes and “all things Swedish.” In his fourth exhibition at the SCC he will feature recent watercolors.

Marty graduated from Cornell University’s College of Architecture in 1960, and had a professional career in architecture for nearly 50 years, working in Stockholm, Sweden, Boston ,Cambridge and for 22 years as one of DIGITAL’s corporate architects.

Marty  “re-discovered” the joy of watercolor painting. This show represents work done in the past ten years, featuring his favorite themes… buildings, cityscapes, landscapes, and all things Swedish.

A wonderful Norwegian male choir is getting ready to warm up for Black Sabbath and to sing the last verse for their conductor.

Every Tuesday, 25 men in their prime get together in a bar in Oslo to sing in a choir and drink beers. They have joked that they have promised to sing at each other’s funerals  and now it looks like the choir’s conductor will be the first to be sung out. The doctor has given him just a few months to live. Which is roughly the time that the male choir has to prepare for its biggest gig to date: a warm-up job for Black Sabbath. The countdown has started, while both the cancer-stricken conductor and the wonderful lads in the choir try to keep their spirits high with songs about the hardships of middle-aged men, while they also prepare to say farewell to each other. The joy of singing and community help them to open up to each other and their feelings. Rarely has a film been so funny and touching, and you are both warmed on the inside and reduced to tears at the same time. ‘The Men’s Room’ is a film that goes straight to the heart and stays there.

in Norwegian with English subtitles | 75 minutes

Charles XII (1682-1718) was the last of Sweden’s warrior kings. He remains the only Swedish monarch born to absolutism and the last European monarch to die on the field of battle. He claimed the throne at age 15, was called off to war at 18, and spent the rest of his life in uniform trying to defeat a coalition of states that at one point or another included Denmark, Poland-Saxony, Russia, Prussia, and Great Britain. Charles’s armies stormed across Europe and under his direct leadership achieved miraculous victories often in the face of overwhelming odds. On a remote Ukrainian field in 1709, Sweden lost the initiative. Years of desperate rearguard actions yielded further losses of territory and lives before culminating in the mysterious death of Charles himself at a lowly fortress in Norway.

Public opinion and literary history are quick to place Charles in one of two extreme categories- a noble warrior fated to defend a doomed empire – or – a tyrant driven by glory and bloodlust who sacrificed his kingdom on the altar of war. As always, history is a bit more nuanced.

Carolus Rex will place Charles XII in his appropriate historical context. The talk of the king’s life and times will be accompanied by music and a display of contemporary artifacts including newspapers, coins, musketballs, and prints. A full replica uniform of a Carolean infantryman circa 1706 will be worn for demonstration and guests are welcome to handle various pieces of kit. Copies of By Defeating My Enemies- Charles XII of Sweden and the Great Northern War 1682-1721 will be available for purchase and signing.

**Registration and proof of vaccination is REQUIRED to attend**

BIO: Michael Glaeser is an Early Modern historian specializing in the Swedish Empire of the 17th/18th centuries. He is published in the Great Northern War Compendium (2015) and taught history at the University of New Hampshire- Manchester. His biography of Charles XII of Sweden was published by Helion & Co in 2020.

“To travel is to live,” said Danish fairytale author, H.C. Andersen. See his words come to life in “Snapshots,” an art exhibition by Danish artist, Susanne Thea. H.C. Andersen is known for his world-famous fairytales from “The Little Mermaid” to “The Ugly Duckling,” “The Emperor’s New Clothes,” and many more. 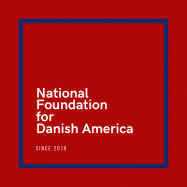 Many thanks  to the National Foundation for Danish America for providing support to bring this exhibit to the Scandinavian Cultural Center.