Storyteller Odds Bodkin tells the tale of Thor, Odin, and Loki Meet the Frost Giants presented as part of the Nordic Kids Series.

As backdrop to the two tales, Thor Against the Frost Giants and The Mead of Poetry–each a half-hour long tale accompanied with a full score on 12-string guitar and told with character voices and narrative–-he’ll describe the Nine Worlds of Norse belief while playing the Celtic harp.

ideal for ages 6 and up

admission $12. Tickets available at the door. Cash or credit accepted. 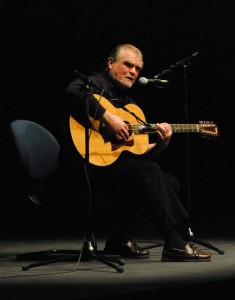 Odds Bodkin, called “a consummate storyteller” by the New York Times, shares two of his favorite Norse myths and delves into how, during the Medieval Warm Period, when Europe’s seas warmed for three hundred years, Scandinavians––Swedes, Norwegians and men of the Danish Mark––ventured far across the world, sometimes raiding, but mostly trading their way all the way to the Caspian Sea.