A Modern Swedish Architect in America

Martin Hedmark was a young Swedish architect who came to the United States in late 1924 to launch his career, primarily as an ecclesiastical architect for Swedish congregations and cultural institutions in America. His first commission was for Gloria Dei Lutheran Church in Providence.  This unique building is an expression of two distinct early 20th Century Nordic architectural styles, the first, National Romantism was being supplanted by the second, Nordic Classicism, or Swedish Grace, around the time that Hedmark emigrated to the U.S.  This lecture by Massachusetts architect Eric Inman Daum, will explore in depth Hedmark’s designs for Gloria Dei and touch upon other projects in New York, Worcester, Philadelphia and suburban New Jersey.

Daum, founding president of the New England Chapter of the Institute of Classical Architecture and Art and a current board member, will discuss how these two Early Modern architectural styles exhibited in Hedmark’s work drew upon Swedish architectural history to address the demands of an increasingly industrialized and urbanized Sweden.  Just as the Postmodern architects of the 1980s turned to History and ornament as a reaction to the corporate austerity of Mid-Century Modernism, the Nordic Classicists sought to reconcile their native architectural traditions with a developing modern state.

This program is presented as part of Boston Design Week 2020 in partnership with The New England Chapter of the Institute of Classical Architecture and Art. 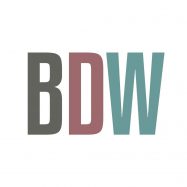