A lecture presented by Finlandia Foundation of Boston

In 1835, a young Finnish intellectual, Elias Lönnrot, published the Kalevala, the Finnish “national epic.” That book became the basis of a notion of Finnish national identity that developed in remarkable ways over the course of the 19th century. It was the focus of literary, folkloristic, symphonic, operatic, dramatic, artistic and political activities. It helped Finnish nationalists resist Russian oppression and imagine a national independence that became a reality in 1917. Over the course of two wars against the Soviet Union, and through the tense era of the Cold War, the Kalevala remained an important implement in imagining and defending a sense of Finnishness in the world. In more recent years, the Kalevala and the musical traditions and ancient heritage it enshrines have helped Finns think through the implications of EU membership and imagine the place of Finnish identity in a global world. It is a world in which international authors like J.R.R. Tolkien could experience and borrow from Finnish culture, while Finns themselves adapted the styles and rhythms of heavy metal music to stories drawn from the epic.

Join the Finlandia Foundation of Boston for a lecture with Tom DuBois as he explores the many ways in which the ancient messages of the Kalevala become revealed and renewed in culture over time. 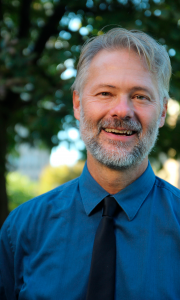 Tom DuBois is the Halls-Bascom Professor of Scandinavian Studies and Folklore at the University of Wisconsin-Madison. He holds a Ph.D. in Folklore and Folklife from the University of Pennsylvania. His research focuses on Finnish and Sámi culture, past and present. His books include Finnish Folk Poetry and the Kalevala; Lyric, Meaning and Audience; Nordic Religions in the Viking Age; Sanctity in the North: Saints, Lives and Cults in Medieval Scandinavia; and the co-edited volumes Finnish Folklore and The Nordic Storyteller. Tom is a member of the Kalevalaseura, is a past president of the Society for the Advancement of Scandinavian Study, and is a past co-editor of the Journal of American Folklore.