A House of Finland

A lecture with Peter MacKeith presented by Finlandia Foundation Boston.

Lecture: A House of Finland

Finlandia Foundation of Boston brings the Finlandia Foundation National Lecturer of the Year, Peter MacKeith, to the Nordic Hall for a special lecture. The lecture traces the emergence, development and ongoing vitality of Finnish cultural identity through a century of significant architecture and design, presenting examples from across the last 100 years, and emphasizing the building of community through public architecture. 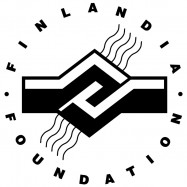 ABOUT PETER: Peter MacKeith is Dean and Professor of Architecture at the Fay Jones School of Architecture and Design at the University of Arkansas. For the last 20 years, since receiving a Fulbright Fellowship to Finland in 1990, he has worked as a liaison between the architecture cultures of the United States, Finland, and the Nordic nations, in the fields of education, professional practice, exhibitions, research and publications. Peter served as the Honorary Consul of Finland in St. Louis, Missouri, from 2012 to 2014. He is a member of the Finnish Cultural Institute-New York Advisory Board. In February of 2014 he was recognized by the President of Finland with the insignia of Knight, First Class, of the Order of the Lion of Finland.

Our beautiful hall may not be able to hold events right now, but it Is being used in the best possible way today! 💉

Thank you to the CVS Health staff administering today! And Pfizer for the creation.